Main→News→New Year's charity event 'Our Children' in the HICC 'Sidelniki' in the Gomel region
Electronic applications Schedule of direct telephone lines in the Republican Center for Health and Sanatorium-Resort Treatment of the population for January 2022 Official Internet resources of the Republic of Belarus www.catalog.gov.by 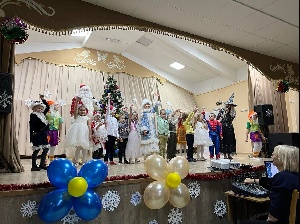